Recently, the Korean people made donations to Korean war veterans and independence patriots around the world.

In the Korean War, from 1950 to 1953, 61 different UN forces provided troops, supplies, and medical care. This was the largest war that has broken out since World War II.

Even though it was a large war, it actually has the nickname of the ‘Forgotten War’ in America in memory of countless people around the world because of the Vietnam War and World War II. 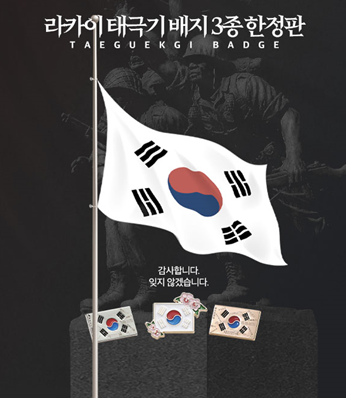 In fact, even the descendants of Korean War veterans in the United States do not know much about the Korean War.

Ethiopia dispatched imperial troops, not ordinary troops, quickly for the Korean War. However, after the Korean War, as the communist regime came into force due to a military coup in Ethiopia, Ethiopian veterans faced all manner of mistreatment, such as confiscation of property and loss of jobs for the sole reason that they fought for the democratic camp.

The Korean people led the help of independence activists who sacrificed their lives for the independence of their motherland during the Japanese colonial period.

Korean independence activists had to live in poverty beginning immediately after independence because they used all their assets during the Japanese colonial period to fund the independence movement.

However, ironically, the pro-Japanese group has been living in abundance with land and other assets received from Japanese colonial rule. Feeling sorrow for this, the Korean people collected donations and delivered them to the Korean War veterans and Korean independence patriots.

The company that led the delivery of such donations was Lakai Korea, a small Korean fashion brand. This company has been striving to promote Korea’s painful history and beautiful culture since immediately after its launch in Korea in 2017. They also created discussion around the world through advertisement for Korean traditional clothes, Hanbok, in New York Times Square for Independence Movement Day, one of Korea’s three major national holidays.

Lakai Korea has launched three badges to help and inform others of the forgotten heroes of Korea around the world. They launched the silver and gold liberation army Taegeuk badge representing independence activists’ will for independence during the Japanese colonial period and the Mugunghwa Taegeuk badge, which is designed in harmony with the Taegeukgi and the Korean national flower, Mugunghwa. The badges were created with the aim of remembering each and every veteran and independence patriot. Unique numbers are engraved on the back, ranging from 1 to millions.

On the product detail page, an interview video with Ethiopian Korean War veterans led by Lakai Korea was also posted. “Even if another war breaks out in Korea, I will participate in the war again. I have no regrets for participating in the war”, “I am happy that we helped Korea”, “I am very grateful that the Korean people did not forget us” The interview once again impressed the Korean people. In addition, they announced that they will donate some of the profits to the Ethiopian Korean War Veterans Association and the Korean Independent Merit Association, as well as provide badges with unique numbering for independence patriots and veterans with the buyer’s name.

At the same time, a letter for Ethiopian veterans and independence patriots was revealed.

This letter begins with “Hello. Dear independence patriots, descendants, and Ethiopian veterans.” and contains gratitude for the Korean War veterans and Korean independence activists. In addition, “We will try to contribute to the development of the country following the sacrifices of those who have dedicated themselves to the country in the past.” It ended with a statement of the ambition to remember the sacrifices they made to help Korea in their time of need.

The Korean people, who were impressed by this, expressed their gratitude, “We exist because of these heroes. Thank you.” “I can’t meet you because we are far away but I’m very fortunate and grateful to be able to convey my gratitude to the Ethiopian veterans even in this way.” “I hope that all the Ethiopian people will be happy.”

Regarding the reason for initiating this project, Lakai Korea revealed that, ‘We wanted to convey our sincerity that we remember and will not forget the heroes who have dedicated themselves to Korea.’

In addition, the company has revealed that they will proceed with international lawsuits against Japanese and Chinese netizens who mocked and distorted Korean history which is a very unusual move for a company.

Such historical projects being conducted for four years by a small-sized company in Korea, a small country itself, impresses people around the world.